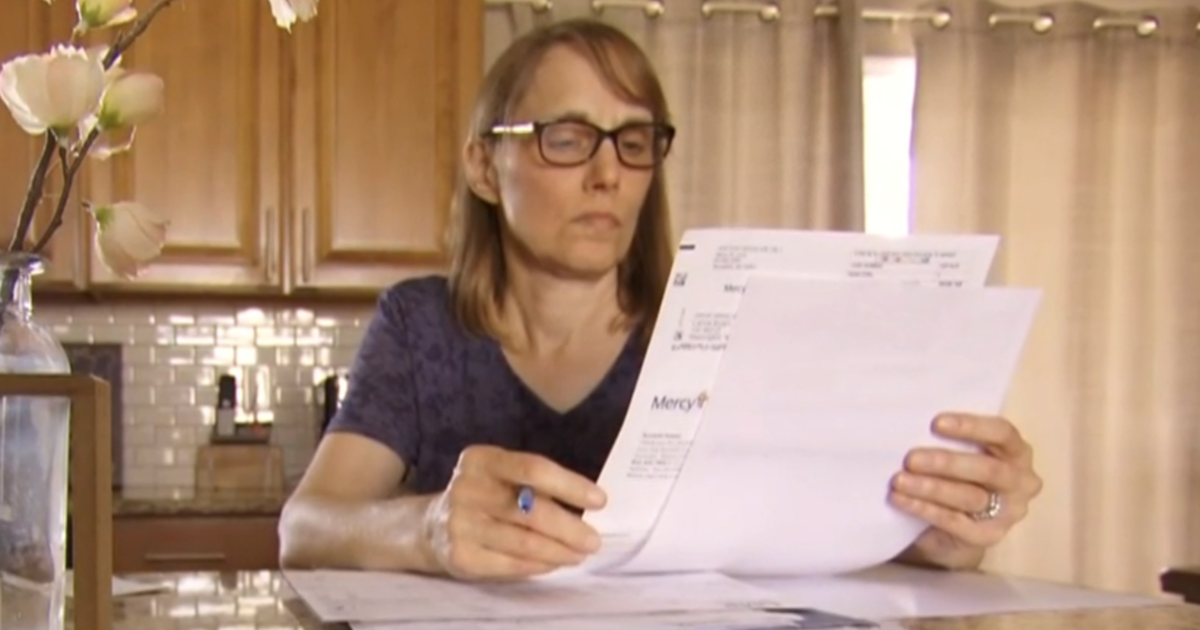 A popular home test to screen for colon cancer has come with an unexpected bill for some people — leading to fears they may put off life-saving treatment. Americans may be used to seeing commercials for Cologuard, an at-home test advertised as a way to screen for colon cancer at home instead of the much-more involved process of colonoscopy. Experts say it is a good screening tool, but some users have said they were faced with a high bill.

Missouri resident Lianne Bryant told CBS News’ consumer investigative correspondent Anna Werner that she was intrigued after seeing the Cologuard commercials on television for a couple of years.

“I thought, ‘Hey, this screening at home that I can do sounds pretty easy compared to a full-blown colonoscopy,'” Bryant, 55, told CBS News.

She called her insurance company in August to inquire about Cologuard.

“They said ‘Yes, it would be fully covered,’ because I didn’t want to be caught with an unexpected bill,” she said.

She sent in her sample and waited for an email with her results. To Bryant’s surprise, the test came back positive.

Bryant ended up needing a colonoscopy after all, but was relieved to get a negative result.

Then the bills began arriving.

“I start getting statements from my hospital saying that I have a balance of $1,900,” Bryant said. “I’m thinking, well, I certainly don’t owe that much. I mean, that’s not possible.”

Colon cancer can be highly treatable if caught early. Colonoscopies are provided at no cost to most people over age 45.

Under the Affordable Care Act, only routine screening tests are covered, and because Bryant’s Cologuard result was positive, her colonoscopy was coded as a “diagnostic” test, which was not fully covered by her insurance.

She would have been fully covered if she had not used Cologuard first.

“I am mad because I pay so much every month for this insurance,” Bryant said. “I just feel like I’m really getting raked over.”

CBS News surveyed 11 of the largest health insurers in the U.S. to see what they would do in situations like Bryant’s. Seven did not respond. The four who did said coverage decisions vary, and how much a consumer will pay depends on how doctors code the colonoscopy procedure.

“Unfortunately, in some cases, people with a positive, non-invasive test like Cologuard will have to pay out of pocket to get their colonoscopy,” said University of Michigan’s Dr. Mark Fendrick, who studies medical service pricing.

Fendrick worries that when people find out their colonoscopies might not be covered, they won’t get them, even if they have a risk of having colon cancer.

“The fact that the people who are deemed to be at higher risk, that it’s not easy financially or otherwise to get the colonoscopy, makes absolutely no sense to me,” he said.

“If one person gets a bill associated with screening, it’s one person too many,” he said.

Conroy said his company decided it needed to add new language to its website, saying although “millions of patients have access to this follow-up colonoscopy with no out-of-pocket costs… not all do.”

“You raising this helped us, help highlight what we can do better. And so we’re always looking for ways to improve,” he told CBS News.

However, while the frequent TV ads do note that the Cologuard cost itself is covered by most insurance policies, they do not mention that a follow-up colonoscopy may not be covered.

Conroy defended the messaging in the advertisements, calling them “appropriate.”

“If what you do is scare people away from getting screened altogether, there is a significant cost associated with that,” he said.

Lianne Bryant said she wished those ads had given her some warning.

“I don’t want to say it’s a sham, but in a way, it’s just kind of taking advantage of people. If it happened to me, I know that it’s going to happen to a lot of people,” Bryant said.

Researcher Dr. Fendrick believes any problems with the ads wouldn’t matter if the entire colon cancer screening was required to be covered by insurance.

“I’m hopeful that your story will not only raise awareness among your watchers, but also among the payers, for them to see how really irrational that policy is,” Fendrick said.

Cologuard does have a program to help people file an appeal if they get an unexpected bill for a follow-up colonoscopy. Bryant finally won her appeal to get her insurance company to pay her $1,900 bill, but it took her five months to get it resolved.