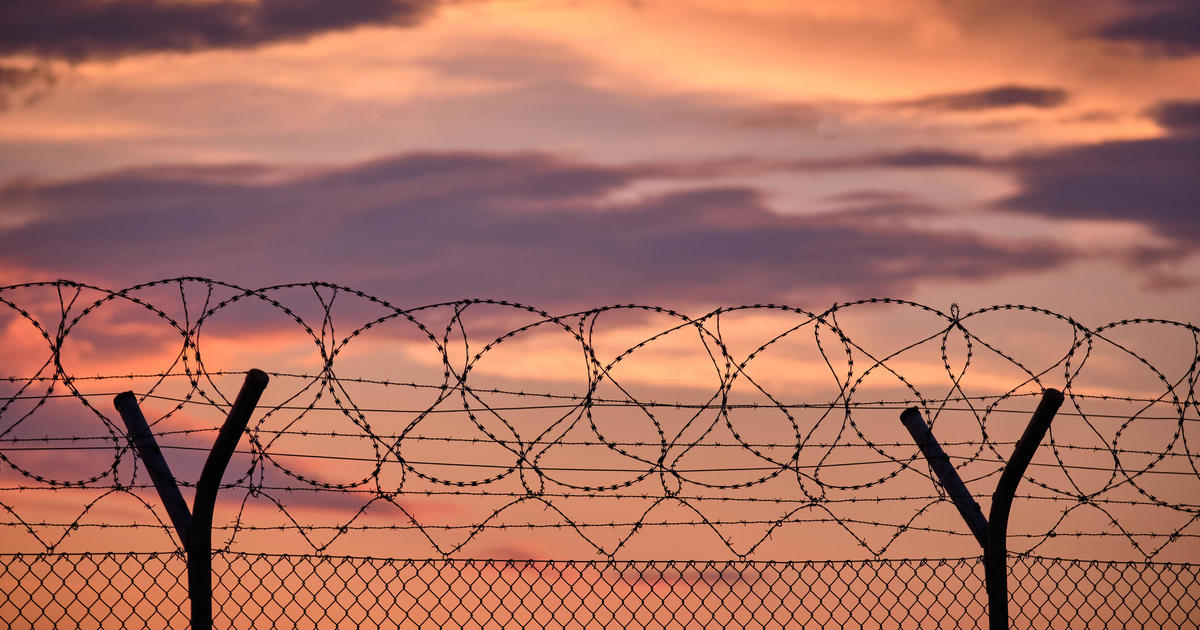 Washington — Chad Ducey, a 46-year-old father of two, is one of approximately 8,300 federal inmates who were sent home last spring in an effort to slow the spread of the coronavirus behind bars. When he first stepped out of prison, beginning his home supervision, he had no idea he might have to go back.

Last year, the Trump administration’s Justice Department filed a memo requiring these inmates to return when the pandemic ends. There are exceptions for inmates with less than six months or 10% remaining on their sentence who would otherwise qualify for home confinement. To date, there are 4,700 inmates living at home under federal supervision, the federal Bureau of Prisons said.

Ducey, who is still under home confinement near Indianapolis, said he has been taking steps to better his life outside, from starting a delivery job to being “the best dad” he can be for his two daughters. “A vast majority of us have successfully reintegrated into society. So why make us go back and do it again?” Ducey told CBS News.

Last March, former President Trump signed the CARES Act, a law that expands the Bureau of Prison’s ability to place more inmates on home confinement. Mr. Trump’s administration released minimum-security inmates without prior violent offenses and no disciplinary issues while in prison. In April, the Biden administration loosened the program’s criteria, allowing prison wardens to refer inmates for home supervision.

This week, the Biden administration said it will begin a clemency review of non-violent drug offenders on home confinement who have less than four years left to serve or have sentences that may no longer fit the crime. It is unclear how many inmates would benefit from this, or be forced to return to prison.

The Biden administration will continue to explore options to provide some form of relief to other individuals on home confinement, according to sources familiar with the plans.

Jeanne Ray Green, 48, would qualify under this criteria. Her sentence ends in 2024, but she worries she could be sent back to prison because her non-violent drug offense is related to methamphetamine. Now, she works at a gas station’s convenience store in Porter, Texas, and helps as the part-time caretaker of her 76-year-old aunt. She’s also had time to build relationships with her five grandchildren — four of whom were born while she was in prison.

“I feel like a functioning member of society. I pay taxes. I pay for my own medical insurance through my job. I feel like a human being again,” Green said.

She fears that if the pandemic ends before her sentence,  “the carpet will be pulled”  from underneath her. She admitted she had no idea she could have been sent back to prison when she first got out. “I pray every day that they do something to help us. At the very least, don’t send us back. That’s not progress. That’s the opposite of progress.”

Last week, her employer signed a letter urging President Biden to allow inmates like Green to stay home so they can continue to work and be “productive members of our community.”

Jessica Jackson, the chief advocacy officer at Reform Alliance, is one of several criminal justice advocates who signed the letter. “What are you accomplishing? You’re taking them away from their employment,” she said in an interview. “I don’t know a whole lot of jobs out there who are willing to wait a couple of months for somebody to come back.”

In July, the Biden administration reportedly concluded that the prior administration’s memo correctly interpreted the law. But some legal experts said Mr. Biden does not need to uphold it and that he has other options on the table, including mass clemency for certain inmates or individual reviews for each person — something Ring considers an easy task because the inmates have been vetted through the CARES Act.

Attorney General Merrick Garland could also instruct the bureau to recommend compassionate release. A Justice Department spokesperson said the department is exploring “all potential authorities” that could be used when the public health emergency is over.

Kevin Ring, the president of Families Against Mandatory Minimums, said some people his organization has spoken with still do not know they could eventually be sent back to prison.

“These were the lowest of low risk,” Ring said. “I just don’t think this is rocket science. I think you’ve just got to figure out if you have the will to do it and then just pick the path and execute.”

One of Biden’s campaign promises was to reduce the number of incarcerated people in the country and criminal justice reform activists see this as the lowest hanging fruit to start on that goal.

For the inmates under home confinement, the rules of the Bureau of Prisons still apply: any violation or crime would land them back in prison. So far, only five people sent home during the pandemic have been returned to prison for new criminal conduct.

Ducey, the father of two in Indianapolis, hopes to hear a concrete decision about his future soon. “I’ve dealt with a lot,” he said. “I understand the system, but it’s not fair to our families to have this pending over their heads.”

Fin Gomez contributed to this report.